Prima Cleaners fully trained, qualified and experienced team work hard in providing you with clean garments by using methods that are eco-friendly and 100% non-toxic. By omitting the use of chemicals and by only using 100% non-toxic methods, we not only promote a healthy environment but we also make sure that our client’s fabrics are soft and free of allergens, which is perfect for anybody with sensitive skin.

We value the importance of a healthy family and a green future.

If your cleaner claims to be Earth-friendly, be sure to ask about the specific methods and chemicals she or he uses. Some dry cleaners will advertise as “green”, “organic”, or “environmentally friendly” when they are anything but safe for the earth.

85% of the dry cleaners in UK use percoethylene ( or perc, for short) as a solvent in the dry cleaning process.

Perc is a synthetic , volatile organic compound (VOC) that poses health risk to humans and a threat to the environment. Minimal contact with perc can cause dizziness, headaches, drowsiness, nausea, and skin and respiratory irritation. Prolonged perc exposure has been linked to liver and kidney damage, and cancer.

Perc has been identified as a “probable” human carcinogen by California’s proposition 65. Perc can enter the body through drinking water contamination, dermal exposure, or most frequently, inhalation. This is not only a health hazard and environmental justice issue for workers in the dry cleaning business, but for consumers who bring home clothes laden with perc.

The U.S. Environmental protection agency has found that clothes dry cleaned with perc can elevate levels of the toxin throughout a home an especially in the room where the garments are stored. Nursing mothers exposed to perc may excrete it in their milk, placing their infants at risk.

You might also run into cleaners that use the Green-earth method, which replaces perc with a silicone based solvent called siloxane or D-5, which is similar to the base ingredients in deodorant. D-5 degrades to sand, water, and carbon dioxide. It’s chemically inert, which means no chemicals mix with your clothes while they are been cleaned. However, Dow Corning, D-5’s creator, did a study that revealed an increased risk of uterine cancer in female rats that were exposed to D-5, which has led the EPA to note that it may be a carcinogen. Also, manufacturing D-5 requires chlorine, which releases carcinogenic dioxin during its own manufacture. 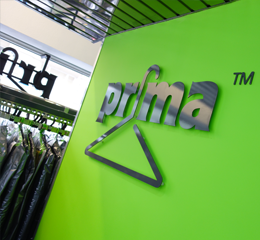